Christopher Michael Pack, a former student Western Carolina University, and Karissa Anne Herbst Pack are former residents of Indiana and current residents of Brasstown, NC and have been flying under the radar lately to avoid the consequences of their choices. Christopher’s decision to stop lurking in the shadows and safety of the internet, and begin organizing at violent white supremacist rallies is why we’re bringing these weasels to the spotlight. Below we will be focusing our attention to Christopher and specify when including Karissa’s involvement in the white power movement. What has over the years evolved from trolling people online through twitter, facebook, gab (a popular social media site amongst the far-right) and discord has since moved on to more violent tactics. A fan of the sub-genre of NSBM, national socialist black metal, he attends larger shows in Atlanta area and lesser known shows at The Georgia Peach Oyster Bar, a bar outside Temple, Georgia that regularly holds white power shows and rallies. 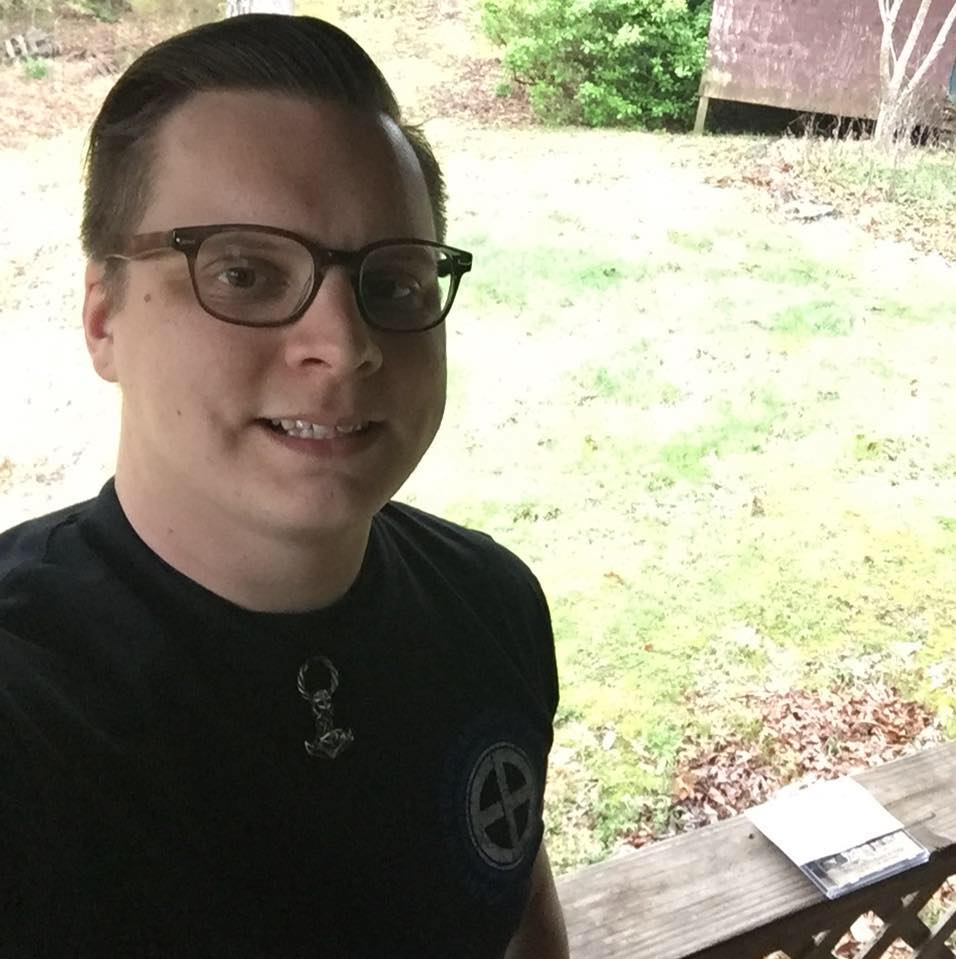 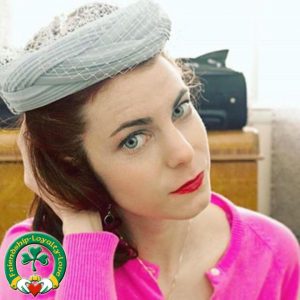 Pack attended the 2016 “HammerFest”, thrown by the violent skinhead crew “confederate hammer skins” or CHS. This was a night of racist bands spewing filth and encouraging violence against marginalized communities. Bands on the line included the band Definite Hate, a hammerskin band who’s former guitarist was responsible for the 2012 mass murder at a Sikh temple in Wisconsin. With vendors peddling nazi paraphernalia and literature, cookouts, and drinking all contributing to a festive atmosphere, these events are not merely bad shows for bad people. In fact, they’re specifically designed to network and recruit for many facets of the white power movement. This is what Chris Pack did. 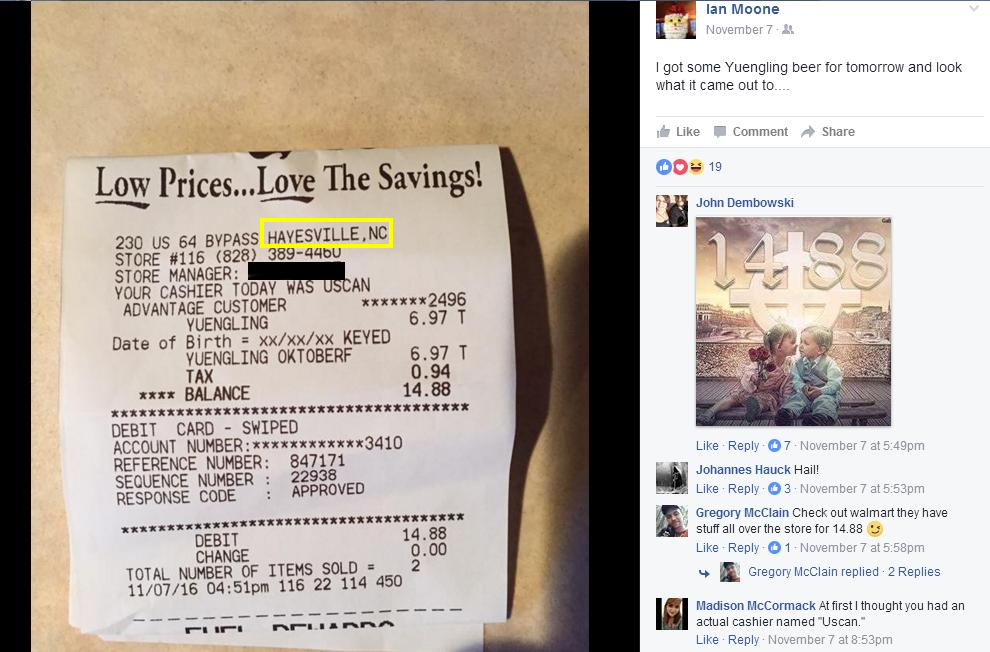 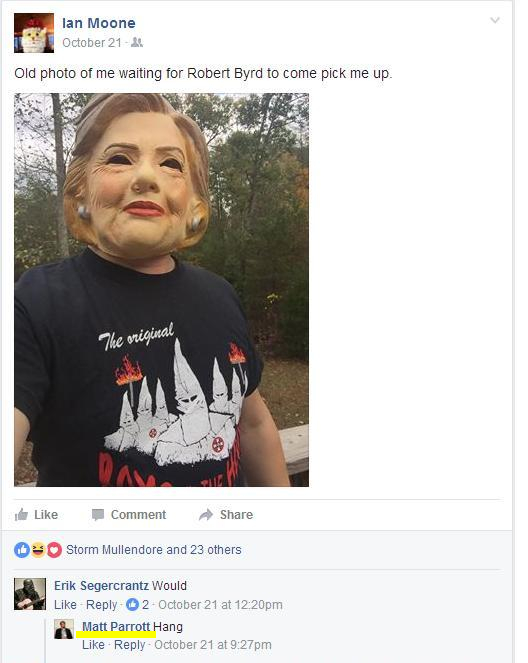 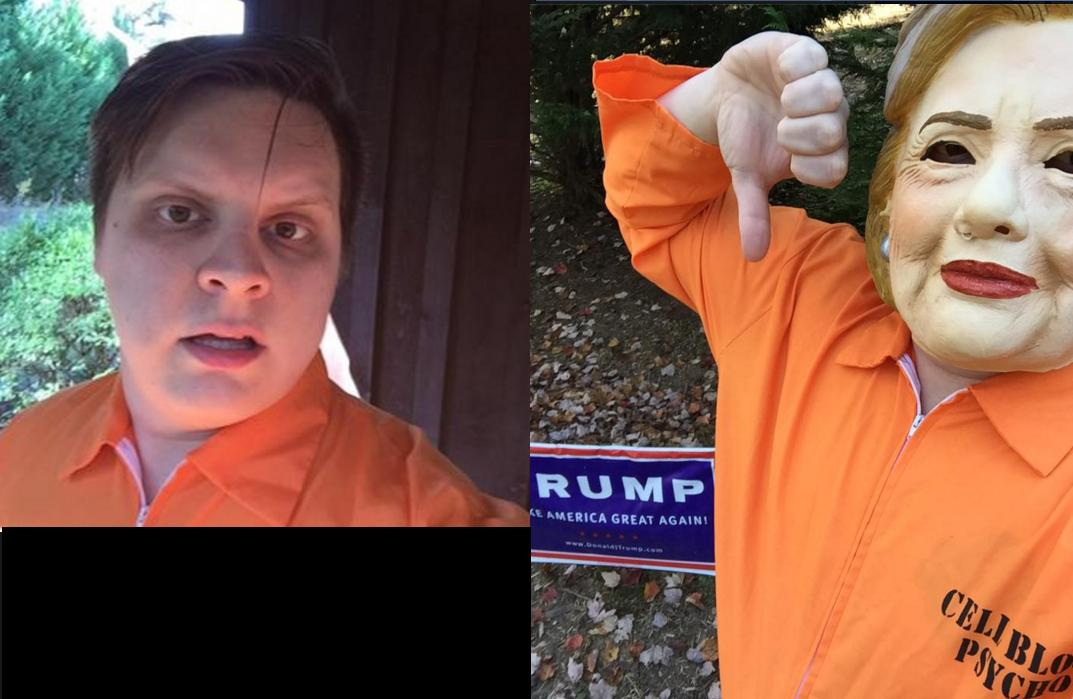 Meeting with Matt and Brooke Heimbach in real life at this white power event was the beginning of a slippery slope Christopher Michael Pack and his wife, Karissa Ann, and it’s brought them to where they are right now. No longer content with being a filthy racist troll online, Christopher began networking and building a relationship with the leader of the now-defunct white nationalist group the Traditionalist Worker Party (TWP). This is when Pack started his career with TWP and eventually worked his way up in ranks to become a “Major”. Karissa is not only complicit through association, but actively supports and takes part in fascist organizing herself throughout their years in the white power movement. 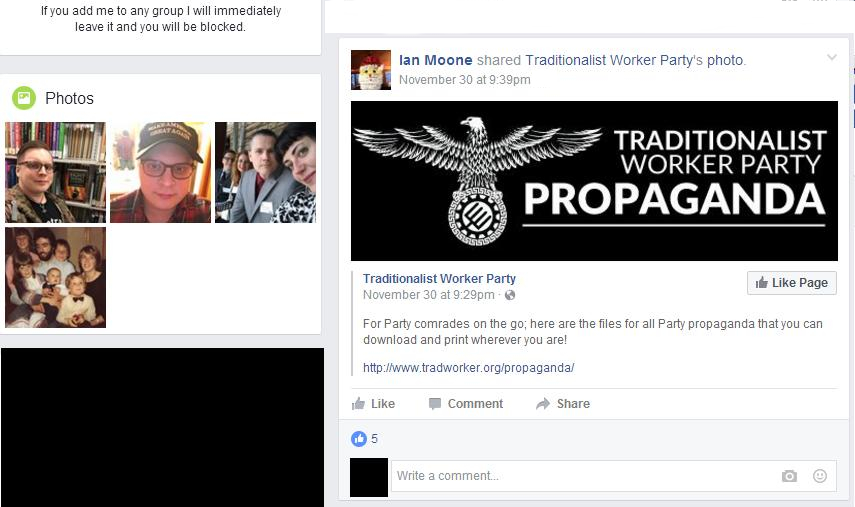 Pack identifies himself and his rank attained by the time he attended the deadly ‘Unite the Right’ rally in Charlottesville, Virginia last August, under the recycled username “seigeresist” (see images below) as evidenced in the TWP discord leaks provided by Unicorn Riot. He can be seen in a slew of footage, including when TWP and the National Socialist Movement (NSM) are leaving the parking garage together to converge on Emancipation Park. 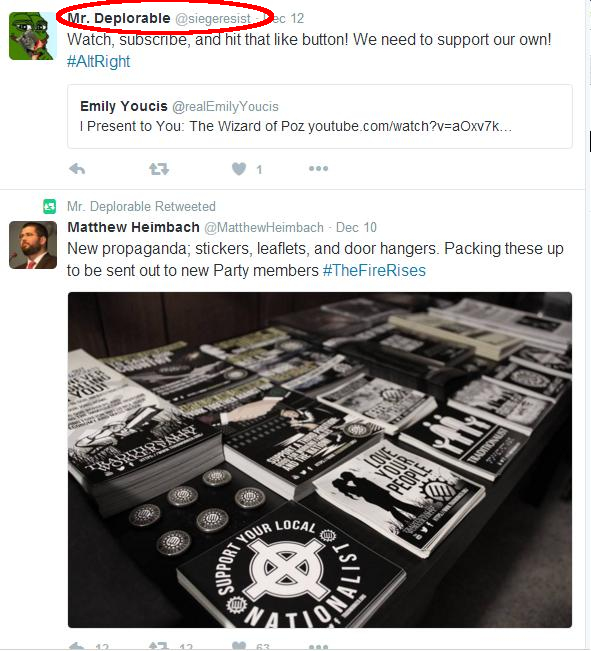 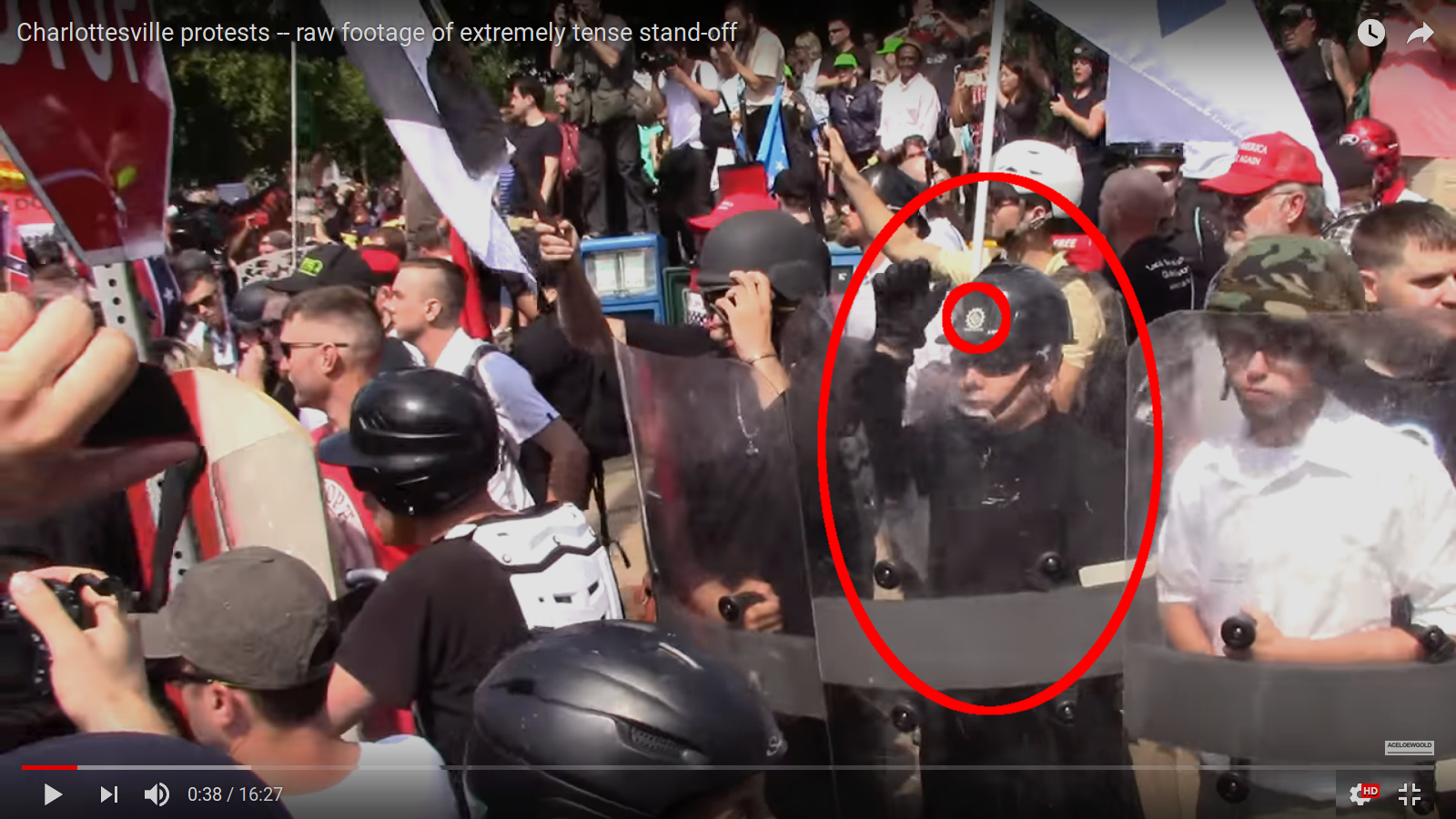 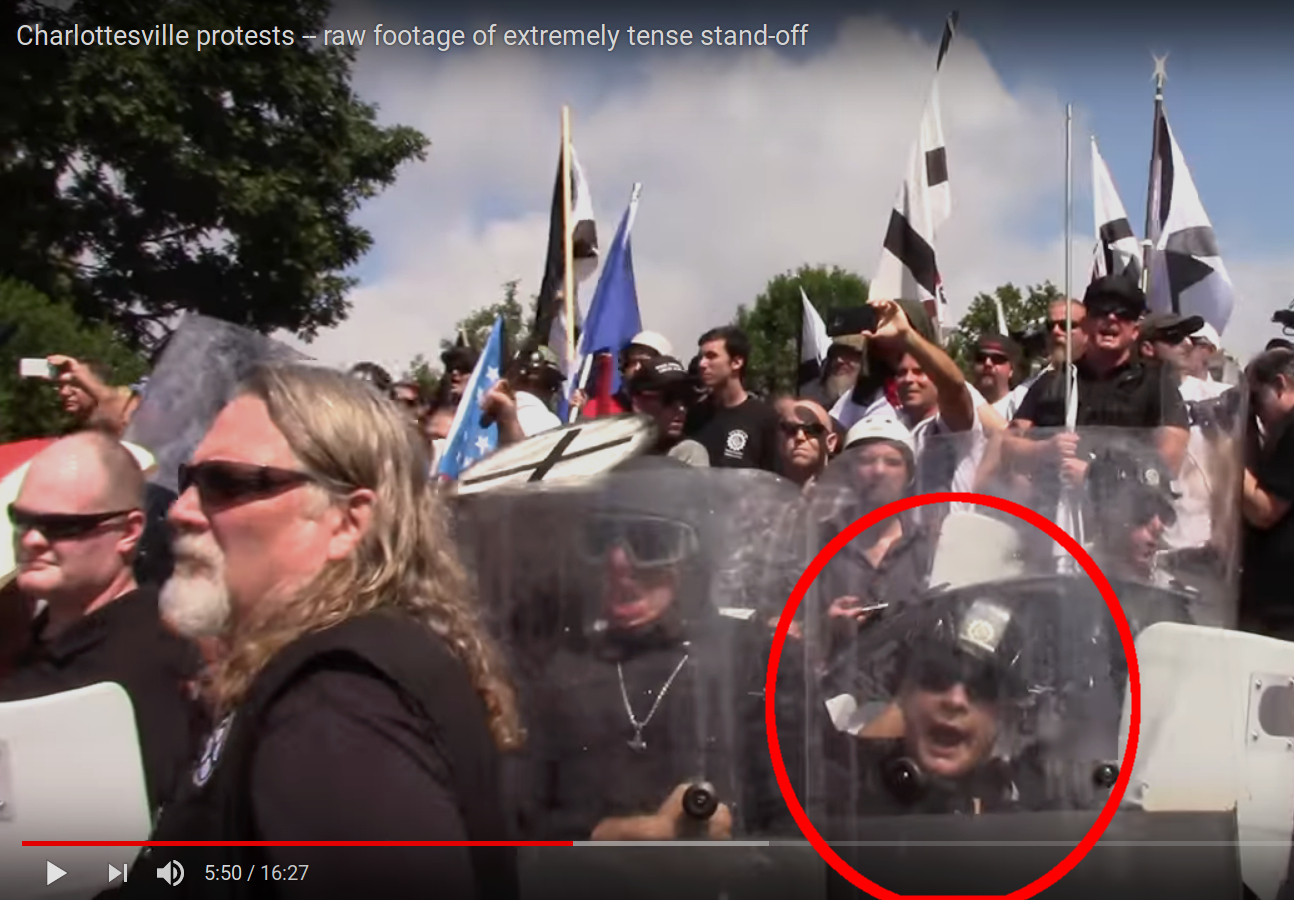 He is identified by body type, clothing – including his necklace and rank-defining armband, matching earlobes, and other facial indicators along with posts he made himself online. He is spotted in several locations throughout the deadly day, from leaving the parking deck to standing next to and coordinating tactically with another TWP officer named Jacob Goodwin. You may remember the name Jacob Goodwin, as he is one of the four nazis charged with violently assaulting Deandre Harris in the parking garage, and who’s trial just so happens to be scheduled to start this week. 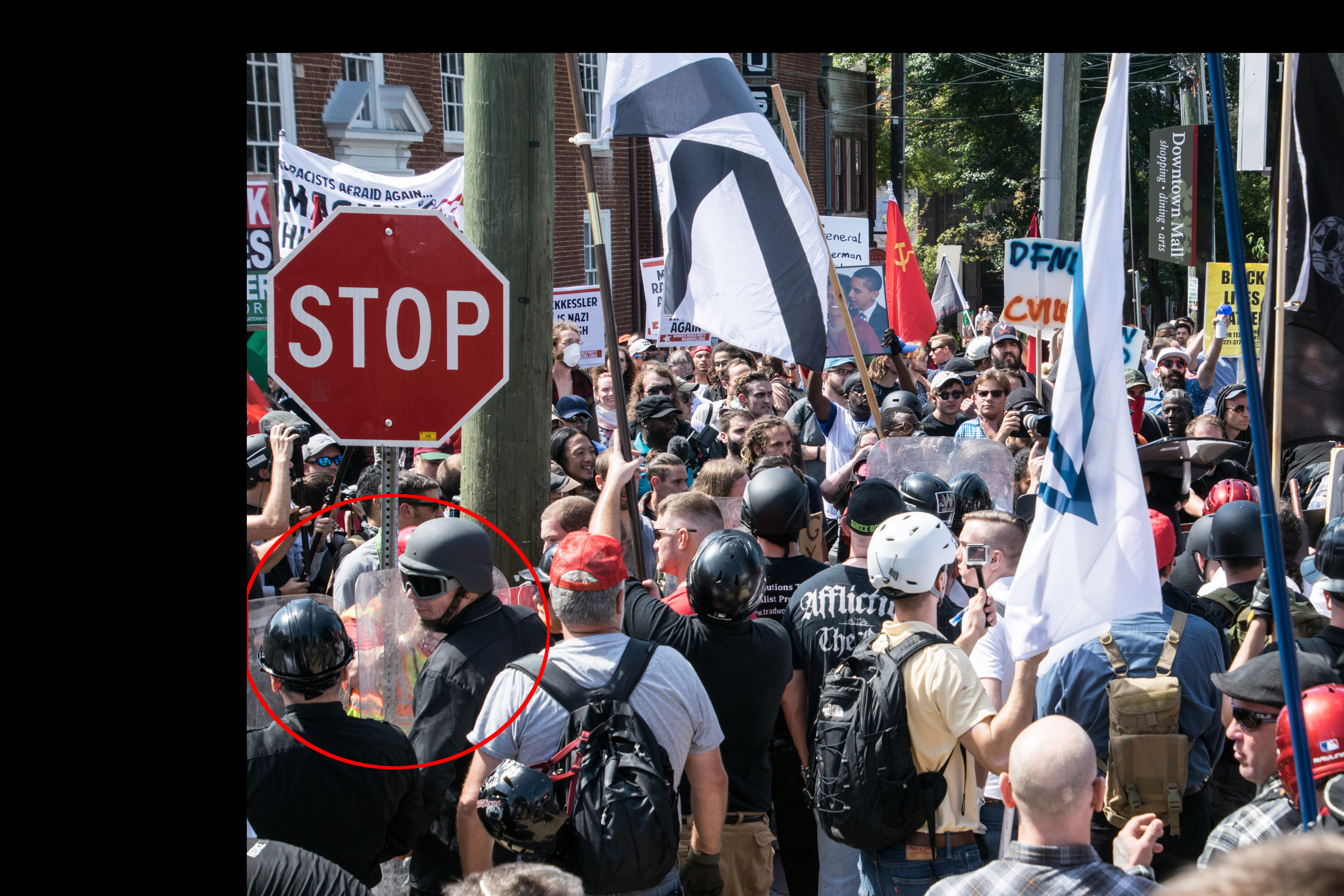 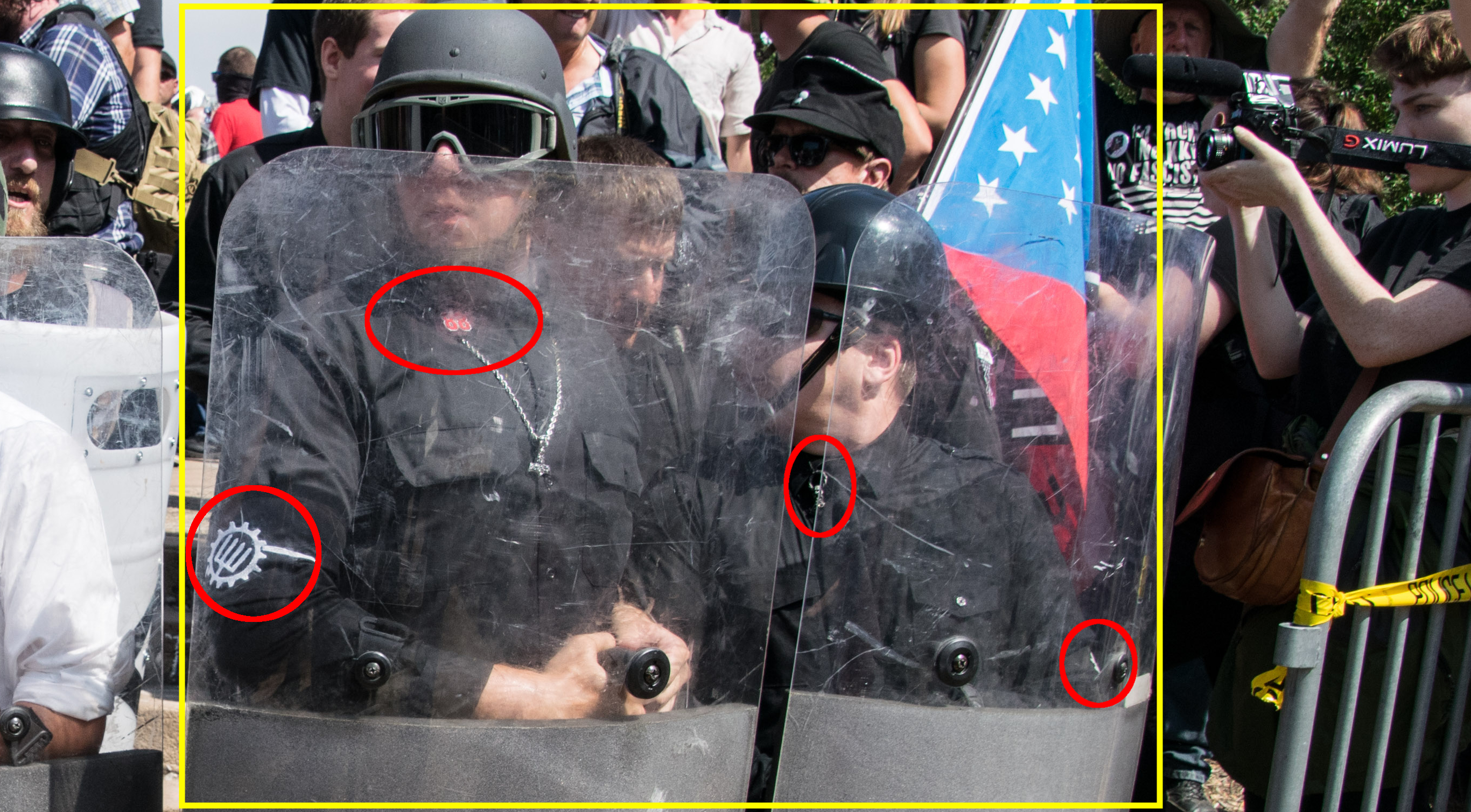 Identifying markers on both Goodwin and Pack identifying them both by ranks and person. 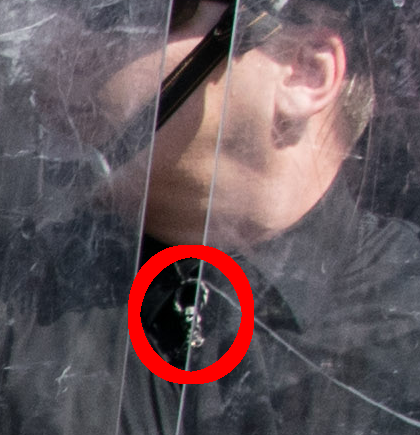 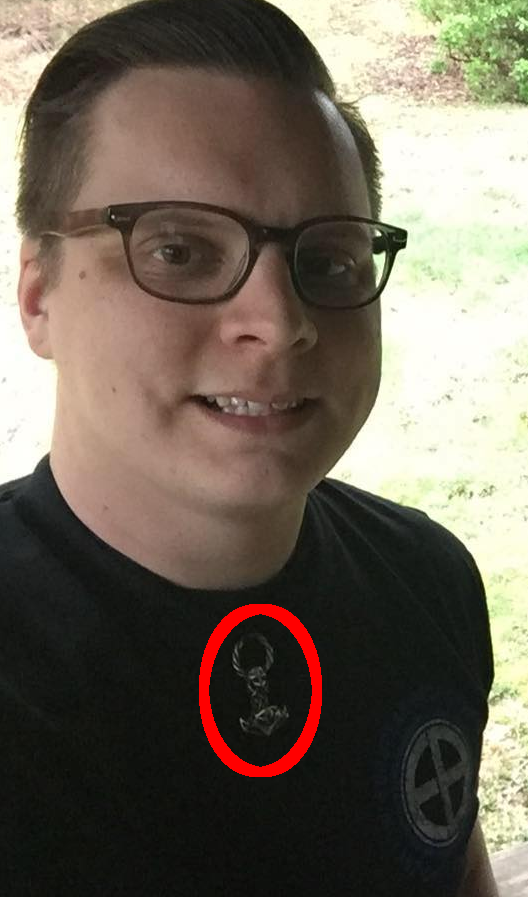 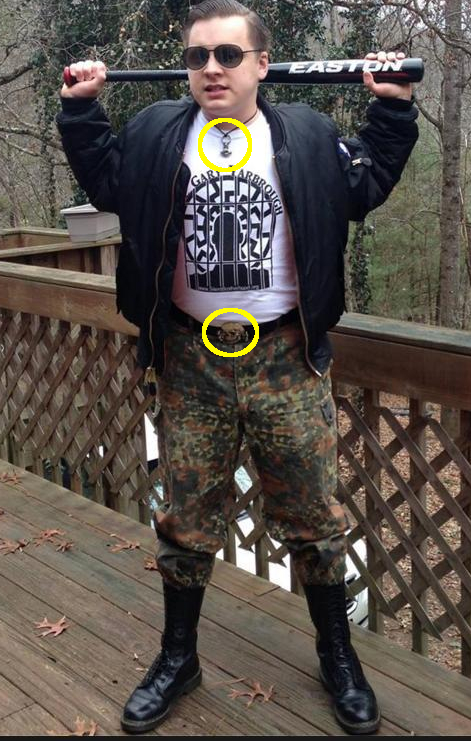 Pack wears this necklace often and can be seen pictured with it on social media both before and after Charlottesville.

As with many of the Unite the Right attendees who went on to celebrate the death of Heather Heyer, Pack pats himself on the back about his actions in this invasion of Charlottesville… that is until the weight of what he had been a part of set in. For several days after the carnage the alt-right, neo-nazis and other racists gleefully talked about their roles on August 12th, 2017. Then they started losing friends, family and jobs.

Christopher Michael Pack then followed suit and hid online with the rest of the scum. To protect himself from his own actions he again switched online user names and forums. Following Pack online for the past two years has been a game of wack-a-mole, but he just can’t seem to keep his hipster youth haircut down long enough to avoid detection. With over half a dozen online handles and monikers over the past couple of years logged and recorded we have been able to piece together who he is, what he is about, and where he is. His posts are almost exclusively about Nazism, anti-semitism, white nationalism and conspiracy theories. He makes no qualms about being a national socialist and allegedly has read most of the current white supremacist cannon. Karissa Anne Herbst Pack, his wife, also loves to engage with her husbands anti-semitic online chatter. She is so down with him flaunting his hatred she sewed him together a little vest with all his favorite racist patches, including a White Aryan Resistance (WAR) patch. WAR was disbanded for domestic terrorist charges decades ago, but was at one point considered one of the more dangerous white power groups in the U.S. 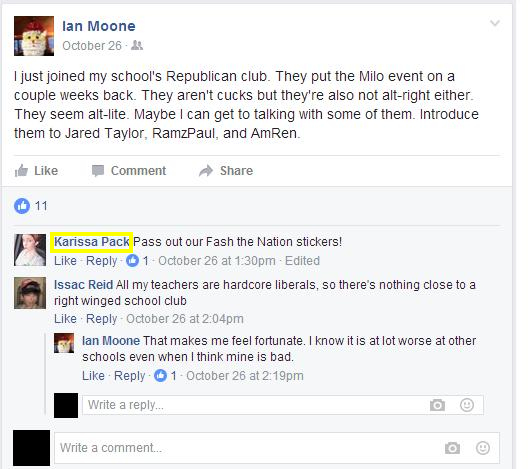 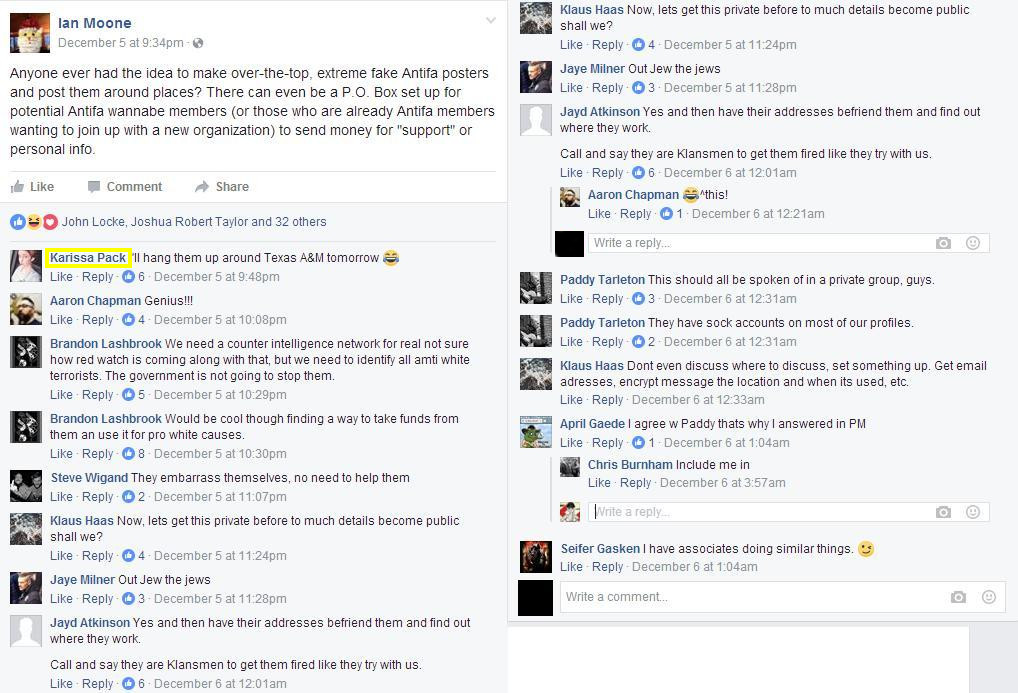 Karissa Pack was working at the John C. Campbell Folk School, after her Flight Attendant job with National Airlines, though her employment is now unknown. What is known is they live right behind the school at 33 Bending Trail, Brasstown, North Carolina. We have an incredibly hard time believing that anybody closely associated with this fascist family have any doubt about their nazi leanings. This includes the newest rebranding of Pack’s image as a member of the Asatru Folk Assembly. 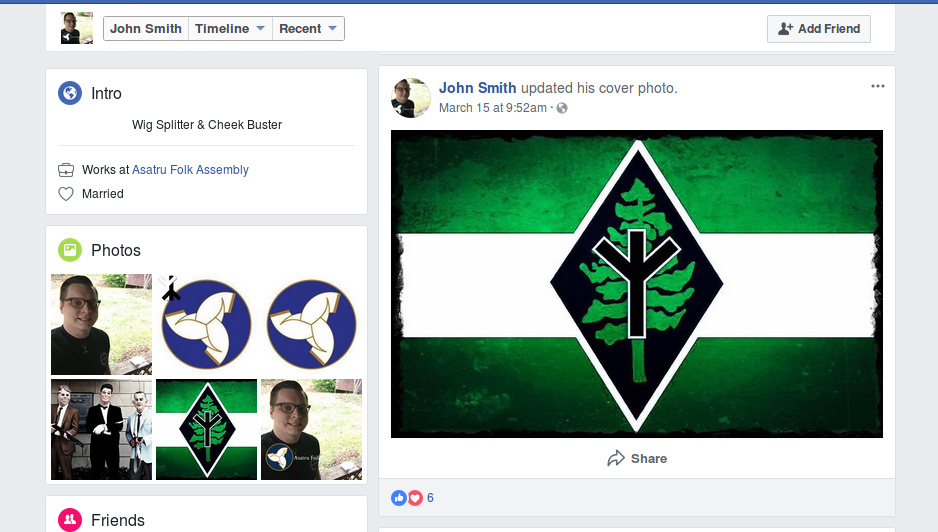 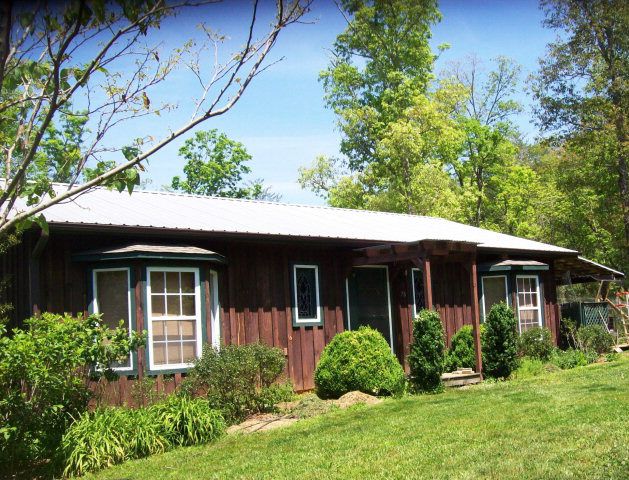 Asatru Folk Assembly (AFA) is one of many churches that celebrate and worship the pagan gods of northern Europe such as Odin and Thor. While practicing pagan religions is in it self non-problematic, AFA sets itself aside from non-racist pagan churches by claiming these gods belong solely to white European descendants. Many Asatru churches have denied the validity of AFA and other racially charged groups by banning together under the name “Heathens United Against Racism” (HUAR) and The Asatru Community (TAC). Together over 100 groups have signed “Declaration 127” denouncing any heathen churches that promote hatred and bigotry. AFA is not one of these groups. The “Folk” in AFA is a dog whistle meaning “whites only”. To cloak a racist agenda in a religion is not just disgusting and insincere, it is all too common. From the KKK claiming to be a Christian organization to “The World Church of the Creator” screaming for a racial holy war (RAHOWA) these groups have something in common; their use of faith to normalize racism and recruit new members into white supremacy. With that in mind, the members of local AFA in the region must be very cozy with having a violent neo-nazi in their group, as they seem to communicate quite frequently on both Pack’s social media- the same platform he (and the AFA) uses to spread anti-semitic and fascist dribble. There are many pagan churches to join, so it raises some red flags when the one you choose to associate with is one of the few who admit open nazis as members.

No, you will not be able to claim we are attacking your religion, Chris. We know what’s up and have no problem with people practicing pagan and polytheism. We have a problem with nazi’s fighting in the street then hiding behind a curtain to avoid consequence. There are consequences, and this is the first we’ll bring to you ourselves.

Hey Patriot Front - lots of you are young, don’t destroy your life for an angry short kid in a big hat. If you want a way out, there’s help

It would be nice to blame the fed-jacketing of Patriot Front on boomers with poor googling skills. But it’s a coordinated campaign intended to distract from the mainstreaming of white nationalism via traditional Republican networks by disavowing the farthest fringe.

I have a new piece at @truthout about Patrick Casey and Nick Fuentes, both subpoenaed last week by the 1/6 House committee. Talks about who they are, their importance to Alt Right strategies today, and why their actions are special vs the others. https://truthout.org/articles/subpoenas-could-show-trump-admins-link-to-openly-white-supremacist-groypers/

Please send tips regarding Patriot Front members in this gallery to: [email protected], where information will be evaluated and collated for once-weekly updates to the gallery contents.