We put out the call, and you responded! Below is a round up of actions that took place across the country and the world in solidarity with Dan and Spit, the two Las Vegas Anti-Racist Action members murdered 20 years ago by neo-Nazis.

Comrades in Charlottesville started things off with a release of contact information exposing organizers of Unite The Right 2.0, scheduled to take place August 12, 2018 in Washington D.C.

On the 20th anniversary of the murders of Dan & Spit by Nazi scum, anti-fascists continue exposing Nazis to ensure their ideology doesn't creep on us. #DefendCVille & all communities from fascism and the horror that it brings. https://t.co/mgAApVozzV #NeverForget #DanandSpit pic.twitter.com/Jz3XbtgKc7

Antifa Seven Hills handed out memorial flyers and sparklers to spread the word about Dan and Spit in their local community. Later that night they unveiled a solidarity banner complete with fireworks to celebrate the day of action.

Today we honored the lives of #DanAndSpit by handing out memorial fliers and sparklers to families. The we played together while holding this beautiful banner and setting off fireworks! Remember to love your people. 💥 🖤#FuckTheFourth pic.twitter.com/DnKf0UghTQ

And of course an obligatory flag burn from some other friends 😉

This summer we remember our dead. pic.twitter.com/lXAPHDcY1r

Anti-fascists in Portland honored Dan and Spit with an impressive banner drop and messages of solidarity across the city. 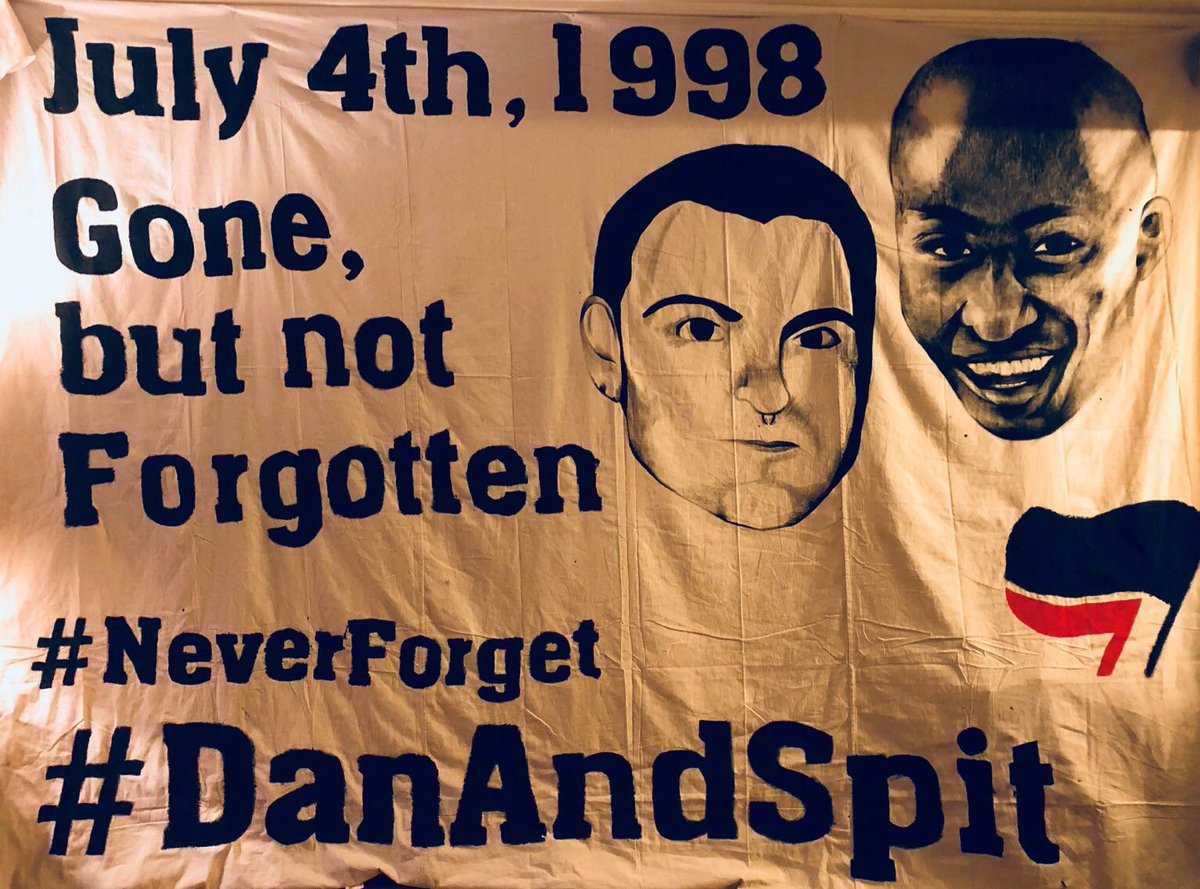 Looks like some Portland Activists were out putting up posters for #DanandSpit today. 🖤❤🤘#NeverForget #NeverForgetNeverForgive pic.twitter.com/JhyT88pZzG

Comrades from the Revolutionary Abolitionist Movement in NYC put up graffiti in solidarity with the call to action.

On this 20th anniversary of the murders of ARA comrades #DanAndSpit by fascists, we want to tribute these fallen fighters. Honor the dead and fight like hell for the living. #NeverForget #SupportOurTroops #Antifa #SmashTheFash pic.twitter.com/KJMtrJJPgN

Comrades in Sydney brought the day of action down under with a powerful mural commemorating Dan and Spit.

Check out this beautiful mural painted by comrades in #Sydney that was submitted to IGD in memory of #DanandSpit, two members of Anti-Racist Action who were murdered in Las Vegas 20 years ago by neo-Nazis. https://t.co/ya7njFltqY pic.twitter.com/ATIYOEN0xc

Antifa Sacramento put up a banner in honor of Dan and Spit, and anti-racist activists lifted up their names while taking to the streets for an anti-4th of July party that included an action at the local ICE building and a noise demo at the county jail.

In remembrance of #DanandSpit a banner was hung in #Sacramento today. Check out Antifa Sacramento for more information:https://t.co/eodqQWMeRE pic.twitter.com/HE8tXYeG4s

Lexington ARA created a write up for the day of action.

Comrades in Seattle showed up with an anti-fascist graffiti mural celebrating Dan and Spit.

Friends in Indiana are gearing up for their memorial dance party tonight! 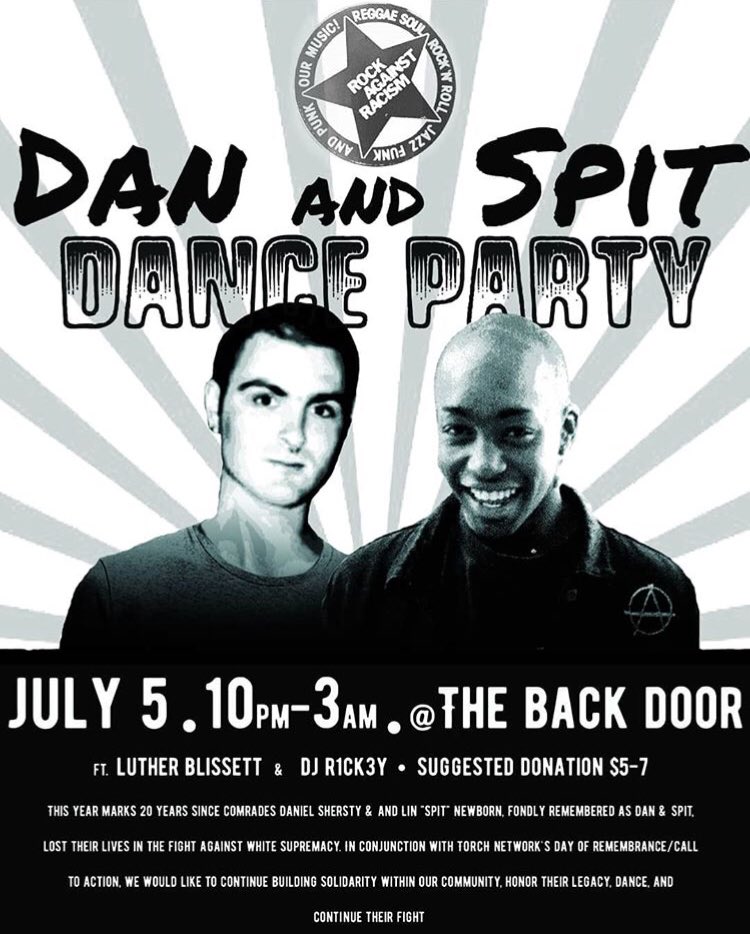 Many thanks to everyone who participated in the day of action in remembrance of Dan and Spit. Our comrades may be gone, but they will never be forgotten. We will keep up the fight against white supremacy and oppression with their memory in our hearts!