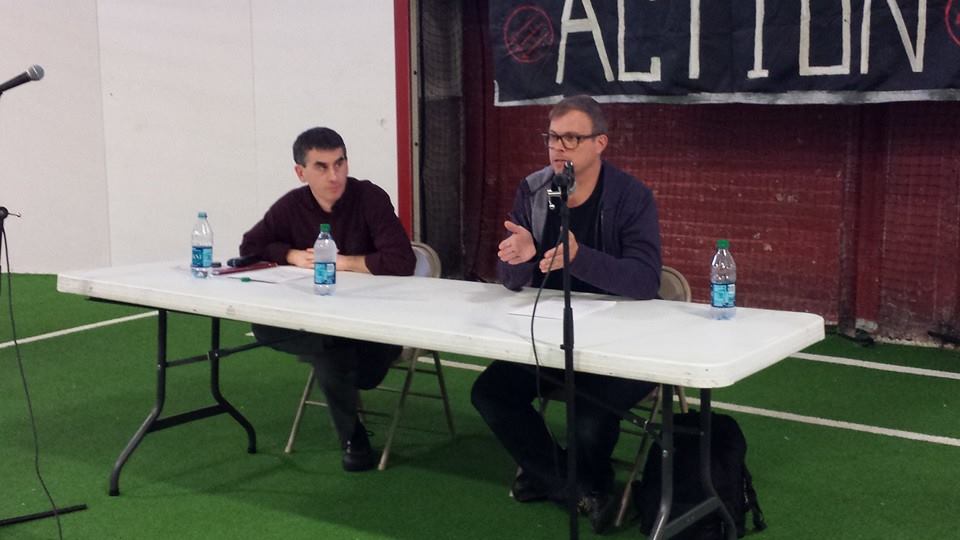 This past weekend South Side ARA hosted the first annual TORCH antifascist network conference in Chicago. This conference is the time and place in which the TORCH network strategizes for not only internal growth but for our resistance against fascism, white supremacy, and the right. In attendance were delegates from Philly Antifa, Central Texas ARA, Milwaukee Antifa, HARM, ARA-LA/PART, and of course South Side ARA. This time is also utilized to build antifascist culture, which is why we hosted a public event with speakers, bands, and tons of antifascist literature and merchandise. 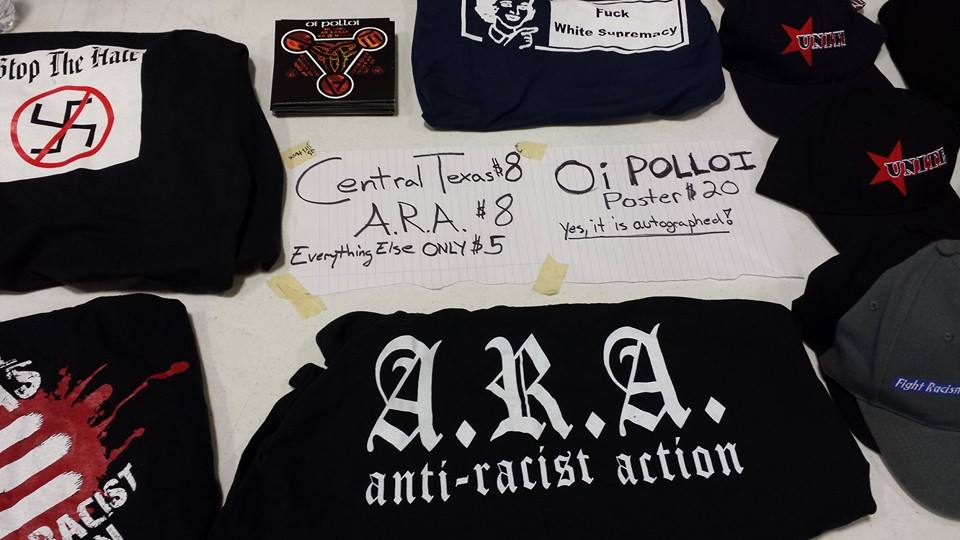 The public day was held at Chitown Futbol. At around 5:30 the speakers started.  Both Matthew Lyons and Michael Staudenmaier gave great presentations followed by Q&A.  There were tons of groups present such as the War Zone distro, Black Rose, and IWW tabling with literature and merchandise. Groups within the TORCH network were also tabling and had tons of anti-racist t-shirts, some of which were completely free. By about 7:30 Mandatory Abortions kicked off the show followed by La Armada, Krang, Wartorn, Wrathcobra, and ATU. At the end of the night hundreds of dollars were made to support antifascist political prisoners.

The night went on with no disruption from the fascists or the state and the 2014 TORCH conference was a huge success. Thank you too all the bands, speakers, organizations, and individuals who came out to support. A special thanks to the Chicago May 1st Anarchist Alliance and the Black Rose Anarchist Federation for sponsoring the event. South Side ARA has spent the past 5 years smashing fascism in our state and elsewhere and will continue to do so.

– South side ARA of the TORCH Network